For all you animal and law lovers we have a wonderful treat for you, as Best4Pets.org had the opportunity to interview Harris County District Attorney Kim Ogg on animal cruelty and animal law. 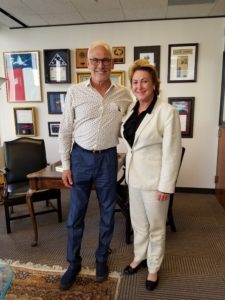 When District Attorney Ogg won her first term election in 2016 she ran on a platform that genuinely wanted to know what the community was disgruntled about and she identified three top issues: Animal Welfare, Environmental Crimes, and Traffic Safety for bicyclists and pedestrians.

Once in office, District Attorney Ogg increased efforts in Harris County to improve these three areas, especially animal welfare by increasing the number of prosecutions in animal abuse cases, being the prosecution arm of the newly created Harris County Animal Taskforce, (which in its first year displayed a 200% increase in animal abuse charges), and she added a second full-time prosecutor.

District Attorney Ogg believes in holding public leaders accountable, and if you look at what her office has done so far her actions fall in line with her campaign promise, notably in animal welfare issues. “So if I tell you animal welfare is important to me, then look to see what I did as a leader with a budget and a list of responsibilities, how I managed animal welfare. And what you will see is that we expanded the size of the unit, we made the prosecutor full time, we added a second full-time prosecutor, it is not nearly enough but it is a lot better than what we had. And the hotline is the single biggest contributing factor along with Constable Heep’s allocation of his resources to this that is making this work.”

District Attorney Ogg’s sincere care for animal welfare and improvement in Harris County could be felt in her words and passion when we asked her why she and her office is committed to animal welfare? Her response was:

“Because animals can be victims that are vulnerable just like human victims that can’t speak, like the elderly, the disabled, and while pets are not people they are to me living creatures that deserve our respect and care. By failing to provide that or failing to take action against people who abuse them (animals), we are not fulfilling our responsibilities as people in a modern civilized world, much less as guardians of justice.

I want people to participate in the system to get to the truth of the matter that’s my job. Whether someone committed a crime or not, I am only going to know what the police bring me and then after that it is up to me to interview the witness, look at physical evidence, find the experts to tell me is this an accident or intentional which only sometimes an expert can do. And I just think that it is incumbent upon us to better our world through improved public safety which necessarily includes living creatures like animals.

Protecting them is not just a matter of respect and dignity it really is also a matter of public safety in that science is showing us that when people abuse and kill animals they tend to be more violent towards other human beings. So it is also one of those gateway style crimes for young people susceptible to violence and I just think the earlier we intervene the better for the animals and the better for the people.”

Furthermore, District Attorney Ogg explained that animal cruelty and law is an emerging practice. “Cruelty is not a new law but the penalties have changed, the culpability is greater now, so it is important you understand that it is emerging because that means there is no guide book for how to do it. We are actually writing that book through the experiences our prosecutors have, what evidence juries accept what they reject. What type of charges they will support and convict, and what type of charges they wont. It is generally fact specific but trends emerge, and with the courts trends emerge in the case law.

The best and probably most painful example for animal lovers is the Texas Supreme Court refusal to consider animals as anything other than chattel and property. That is hard to swallow in Texas law, and I know it is a place that advocates are interested in bringing their voices and weight to bare. So all of this factors in when you run an agency that is in charge of public safety how much priority are we going to put on things and you look at, you should judge us by how we allocate our resources to some degree.”

We also asked District Attorney Ogg what law that is on the books right now would she like to see change and she vividly stated, “Well I’d like to see the legislature reinstitute the deadly weapon finding that was being utilized until the court of criminal appeal struck it down in animal welfare cases. The fact that you can kill or cause serious bodily injury to an animal necessarily means that some sort of deadly weapon was used, understanding that a hand or foot can be a deadly weapon. Think about humans that were beaten to death so with a fist, or a boot or a knee, breaking somebody’s neck so I would like to see when we have an offense called cruelty to animals or bestiality something that necessarily involves the victimization of an animal that when deadly force is used we be able to, I would like the law to support finding the deadly weapon that was used which then triggers additional jail or penitentiary time that the offender serve prior to being eligible for parole. And I think that kind of law is a deterrent if we promote when juries asses it. It was being used, juries were finding it and were assessing deadly weapon findings on top of judgements that was reversed, I would like to see that reinstated through the legislature.”

District Attorney Ogg’s response to our question: What is the single animal issue you find most difficult to prosecute? will resonate in the hearts of most animal lovers and supporters as seeing a dog tied-up tugs at our heart strings every time. “I think it is a cultural misunderstanding that humans have about caring for animals by tying them up, they don’t seem to understand the damage that that can do to an animal. They don’t seem to realize that they are doing something wrong, even when the animal has open sores or very little room to maneuver. It is a cruel situation that some people don’t seem to realize that that can be a crime, that it can be a way of being cruel to your animal and causing injury. But they are difficult to prosecute, they compare the terrible things that are reported to these common everyday things but it doesn’t make the common everyday violations less significant to those animals.”

When asked if she believed that a single court serving as an “animal abuse court” would benefit the city and county, District Attorney Ogg explained, “Yes, it would create consistence in the application of our animal welfare laws. It would pinpoint accountability to one person, the danger is that if you did not like the way that court handled animal cases you would be stuck with that court, so the trade-off would be consistence and it could be counterbalanced by lack of effectiveness if the judge was not supported in that court. But if they did it through volunteerism, presumably you would get a judge that was interested. I don’t mean in just slam-dunking defendants, I mean in actually developing this emerging practice area because the judiciary decision rulings are how case law develops. So you got black letter law but when there is a challenge of what does this mean or one person says that does not apply in this situation and the other person says yes it does, it is the judiciary and the courts decision that become the body of work that is the communities response to what is ok and is not ok when it comes to animals.”

Finally, we asked District Attorney Ogg what accomplishment she was most proud of as it relates to animal cruelty in Harris County? She smiled with fierceness in her eyes and said, “The significant contribution of the Harris County Animal Cruelty Taskforce and our contribution to it. I believe in public-private partnerships, very few people in government effectively tap into their community to become their force multiplier and that is what the Taskforce did for us and this office. And since we are direct service to the community that means we are able to help more animal victims, we are able to investigate and prosecute more animal abusers and in doing so, I hope that means we are making the community at large aware of the fact that this is not acceptable behavior so don’t do it.  And hopefully in preventing more animal cruelty, that is what we are after, creates a safer world and that means safer for everybody.”

You can judge for yourself, but from her answers to our questions it is clear that District Attorney Ogg has the sincere love and passion for animals, the sensitivity and the knowledge, plus the vision to keep improving animal welfare in Houston, Texas and across Harris County.

With the thousands of calls that animal shelters in Harris County and Houston receive in just one year, the problem can seem overwhelming to many, however, we have no doubt that under District Attorney Ogg’s leadership, animal abusers and violators will be brought to justice and the field of animal cruelty law will keep growing and hopefully pave the way for future generations. #ForTheAnimals let us hope she gets reelected and continues to serve and punish injustices for our furry, feathery and four-legged community members.

Learn Give Gifts not Responsibilities

What if Pets Could Talk for 5min?
Learn
5 Mistakes You’re Making When Training Your Dog
Learn

Poem Written By A Dog Abandoned At An Animal Shelter
Learn

5 Spots to Dine with your Dog in Houston
Learn

End of Life Care for Your Pet
Learn 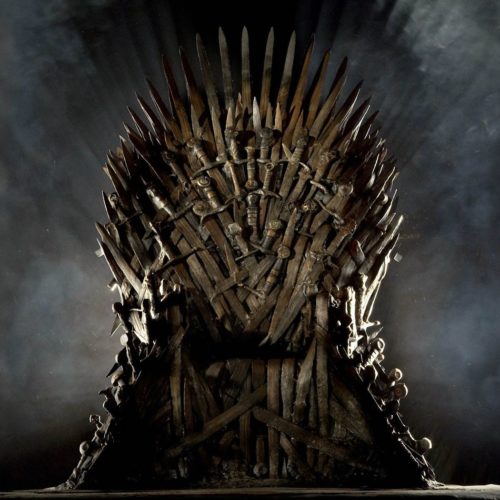 The Game of Rescue